If you’re like most successful business leaders, you’re used to winning at work. But when you head home to your family, you aren’t nearly as clear or confident about your parenting strategy. Mark Timm has been there before. But not anymore.

Dr. Nick and Dr. David sit down with an incredible human being Mark Timm. A very important and timely discussion about the health of our family life and the role we are playing in the most important job in the world. Many people thrive in the work part of their life and are surviving at home. Mark tells his story and schools us on this very important topic.

Mark Timm has been a serial entrepreneur and exponential thinking practitioner for nearly two decades.

Mark knows what it’s like to leverage exponential thinking to multiply success—he started a retail gift company out of his garage and grew it to become a thriving, multi-million-dollar enterprise and the #1 supplier of its kind in North America. One of his enterprises achieved recognition as the runner-up for The National Small Business of the Year presented by President Bush in the White House, while another venture became one of the top 100 retailers on Amazon.

Mark has spoken professionally for over twenty-five years, giving thousands of speeches to over a million people in forty-eight states. In addition to his entrepreneurial efforts, he has worked with a wide range of organizations including at The White House, Kellogg’s, and USA Today. His expertise in the digital marketing arena has led to him become a key advisor and mastermind member for digital influencers and entrepreneurs such as Michael Hyatt, Jeff Walker, Ryan Levesque, and Russel Brunson.

Mark’s considerable success in business and the digital marketplace led to his partnering with Kevin Harrington to 100X Kevin’s own digital brand. As part of Kevin’s inner circle, Mark has observed Kevin’s exponential practices firsthand, behind the scenes, and day-to-day—and has contributed to multiplying their impact. Mark is now CEO of Xponential, Inc., a partnership with Kevin Harrington and his son Brian Harrington. Multiplying Kevin and Mark’s talents Xponential, Inc. is already well positioned to be Kevin’s next 100-Million-dollar venture.

Family has always been an important part of Mark’s story. He and his wife Ann are the proud parents of six teens and young adults. His own experience of dealing with entrepreneurial challenges fueled his passion for helping people balance the demands of family life and business. It caused him to think outside the box when it comes to helping families succeed.

Mark’s greatest value comes from being a master collaborator who brings people together to accomplish far more than anyone imagined. His strategic vision enables him to see future possibilities and strategically position assets and systems to take full advantage of what’s next. 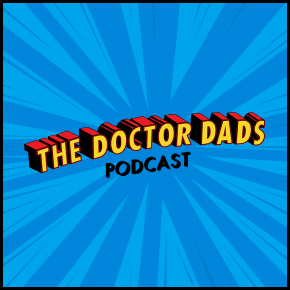